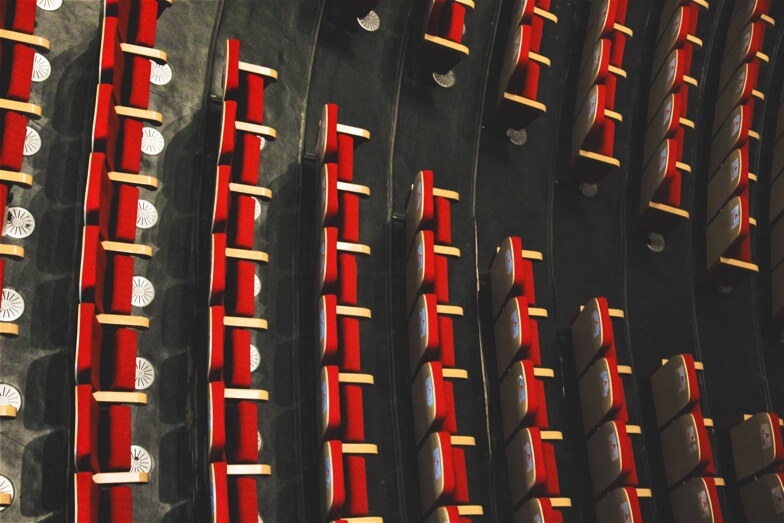 Clifford De Spenser is a specialist in language and literature, voice and speech production, phonetics, dramatic structure and social and historical detail and can provide professional input at every stage of film production.

Beginning with Peter Brook’s theatrical masterpiece The Mahabharata in 1987, Clifford has worked on and off the sets of major international film, television and theatre productions. He is a specialist in effective spoken communication, comprehensively skilled in voice, language and pronunciation training, with forty years’ experience within educational, professional and business environments.

A Dramaturg is an exponent of dramatic composition and the representation of the main elements of drama on the stage or screen. Dramaturgy can also be defined as shaping a story into a form that may be acted.

A Dramaturg must also be an expert in historical and cultural context, thus acting as a bridge for information between specialist professionals. This creative expertise and connectivity may be brought into film, television and theatre production.

Please feel free to call or email us regarding rates and availability.

I am an Italian actor. I first worked with Clifford on a long TV series (TECX 1989-1990) based in Belgium, and then on a film (Les Epées de Diamant 1993) in the Czech Republic. Both were made more complicated by having to speak on set and also perform in three different languages – Clifford’s presence as linguist and coach was invaluable.

Clifford’s thoroughness, his culture, his work ethic and his professional expertise are happily tempered by his great sense of humour. He was able to establish a very deep connection with the actors who were given confidence by his sure grasp of his profession in all its aspects. He is a master of his craft, and also a friend.

Working with Clifford is rewarding, interesting and also entertaining!

There was another opportunity to collaborate with Clifford in 2012-2013 on the translation and polishing of an Italian play (Sulle Spine by Daniele Falleri) which I had performed many times, into English. Purely as a friend, but as a potential future project, he dedicated himself to this work wholeheartedly. My career took another path but we continue to meet in Rome, or London or Budapest, wherever our lives take us and it is always a pleasure to reconnect.

Email received after Wrap on Hercules:

Was hectic when you wrapped that night. Wanted to reach out to you and tell you what a pleasure it was working with you. I appreciate all your hard work and close attention to detail for not only myself, but all the other actors as well. I was just reviewing all my notes from our Skype sessions and was reminded of how cool, fun & educational my Hercules dialogue was to wear. Thank you Clifford and continued blessings to you and yours.

Received at Wrap on Hercules:

Clifford – thank you so much for all your hard work on ‘Hercules’ and your effort in helping our foreign cast speak ‘properly’ – you did an excellent job! and I hope to work with you in the future. Loved having you around. With admiration – Brett.

I was introduced to Clifford in 2006 by a treasured Mentor, actor and playwright Bille Brown, as one who can be trusted. He quickly became and has remained a crucial voice to be consulted on every project. (Aside from also being a dear friend).

We’ve now worked on several projects together, and Clifford has worn many hats. It is difficult to name accurately just what it is that makes Clifford – crucial.

But in an attempt to summarise: Clifford is the firm hand of experience. While also being the strong shoulder to lean on, and cry on or even weep on. The soft knock at the door with a cup of tea and an open heart, ready to listen – and no, ‘the sky hasn’t fallen’. He also has a good-natured or brilliantly insightful suggestion as to ‘where next’ or ‘what next.’ And of course, ‘the best idea wins’. Then, over the next cup of tea, or during the next train delay, he’ll likely laugh and smile as his encouragement has led to your next brilliant idea.

His goal achieved: Your Best.

His process: the Gifted Listener who is One Who Can Be Trusted.

From the first moment I met Clifford De Spenser as the Dialogue Coach on the movie Clash of the Titans in 2009, it was clear to me the importance and benefit of having such a colleague around on set, not only because of his wide knowledge of the English language, literature and tongue treatment guidance – which is very essential and improves the actor’s work – but also because of his natural skills, communication with the team of cast and crew, his dedication to do his work fully and professionally, his patience to listen, and his unique sense of humour.

Hence, it was natural and inevitable for me to develop a friendship with Clifford, as well as to seek always the chances to work together as we did in the TV series Tyrant. Through this work together and our friendship, I started to realise more of his skills and qualities as a dramaturg, who understands very well story telling, structure, scene and character treatment. And so our relationship proceeded with that to a new, higher stage where we started to collaborate more as a creative team; and as I started to develop my own projects for film and theatre, I couldn’t but see Clifford as a most essential colleague, with whom I can reach the desired results.

Last but not least, it is thrilling to see nowadays that Clifford is establishing himself as a producer too, and as a key person who is able to gather together a team of creatives and actors. It is a rare situation in the industry to find such skills in one person!

With much respect and admiration, I am happy to attest to Clifford De Spenser’s highest level of professionalism, versatility, experience and profound dedication to his work.

In 2015, he was my daughter Ursula’s Dialect Coach on the set of I’ll Find You, a movie with a highly diverse international cast that required much help to speak with “one voice”.

His intimate knowledge of various languages, dialects and cultures allowed him to teach British and Polish pronunciation utilising references from the actors’ diverse native backgrounds (ranging from different areas of the United States, Australia, Denmark, Sweden, Poland, Britain, Germany, etc.). I witnessed hours of his thoughtful, patient and most efficient coaching accompanied by a multitude of pertinent information, teaching aids and carefully prerecorded tapes.

I observed a highly intelligent and knowledgeable teacher who found creative ways to convey phonetic nuances to young actors with no such prior experiences. It was moving to see how his commitment to the project (throughout the production as well as postproduction) exceeded his contractual responsibilities, as he routinely volunteered his time and effort initiating additional practice and making himself readily available to help.

In addition to being an impressive polyglot with a passion and ear for comparative linguistics and etymology, Clifford is also a movie, literature, history and music connoisseur. He approaches his work with contagious enthusiasm and offers not only instructions but also vivid contextual settings that help actors to interpret and present more compelling and convincing characters.

He takes full responsibility for his work and uses his multifaceted background to contribute as a language expert, script supervisor and editor, singing coach, casting advisor and producer, not to mention acting mentor, creative problem solver, a wonderful colleague, and a loyal friend.

Years of contributing to the process of filmmaking, coupled with his engaging personality as well as his many talents and skills, make him an invaluable member of any creative team.

Clifford and I first met as work colleagues on a film in Prague in 1994. I had, by that stage, already been in the film industry myself for over twenty-five years and so my knowledge of film technicians was finely tuned. Clifford immediately struck me as a fun, relaxed but totally professional individual with his own experience of what was required in his role as Dialect Coach. He joined the film after it had started but fitted in straight away from day one.

Since then, we have kept in touch and worked together on many occasions because, whenever the opportunity arose, and based on his own availability, I always put him forward on any film I was working on which needed his particular expertise. Over the years, we have become firm friends.

Clifford is a delight to be with: very knowledgeable and passionate about his craft; and when one is working with him he is deeply committed to what he is doing and the needs of the actors he is looking after.

I am delighted to know that he is now moving into projects, with a more creative range, as an Associate Producer and I wish him every success.

Clifford and I first met in 1993, to work in the Czech Republic on the French-US TV movie: Les Epées de Diamants or Diamond Swords. I had to shoot scenes in both French and English, with a director, Denys de la Patellière, who didn’t speak English! Clifford worked miracles with me as a French coach. Acting in French as a second language is about CONFIDENCE almost more than levels of bilingual ability… Clifford’s unique way of working instils that confidence in you.. that’s the trick, and that’s his original way of working!

I first met Clifford in the capacity of Dialogue Coach for my feature 3 Lives – and he delivered! 3 Lives is a feature film with a majority of the cast being non-native speakers of English, and so far, the film has been very well-received, especially with English speakers. As Coach, he gave the actors confidence and support.

Since then our collaboration has extended by far! He’s on board now as Associate Producer of almost all my upcoming projects, including Hobbes House and Lyra’s Wish, having tremendous input in the casting process, as well as ensuring that the script is impeccable if it comes to facts and language used, as well as dramaturgical questions.

I cannot recommend Clifford higher. He’s a joy to work with and has an incredible network to draw from. And besides that, he’s just a very nice human being to be around.

I’m a writer and dramaturg from Germany. I write screenplays for independent films, both in English and German. A good script editor helps me as a screenwriter to get the best out of my thoughts and ideas. They help me to forge a script that’s worth its salt. I strongly believe that any screenwriter is only as good as his or her script editor.

In 2017 I was working on an independent feature film called 3 Lives, a psychological thriller with an international cast and crew, shot in English in Germany. Clifford got involved in the project initially in the position of Dialogue Coach. However, he and I did some script editing work on 3 Lives as well, and it became pretty clear straight away, that working with him is a pleasant and prolific experience.

With English as my second language, I’m aware of the advantages of having someone with great linguistic and editorial skills to look over my script. Consequently, I was delighted when after finishing 3 Lives, Clifford offered to help me as a script editor on future projects as well.

Thus far we’ve been working on two more of my feature-length screenplays: Lyra’s Wish: Saving Santa, a Christmas adventure movie, to shoot in the UK this year, (2019) and most recently Hobbes House, a zombie horror film, which is now in post-production. On both occasions, Clifford proved himself to be a well-versed, intelligent, precise and knowledgeable ‘partner in crime’ and colleague, who always pushes to get the best out of me as a writer and helps to elevate the overall quality of my scripts.

If someone asks me who they should hire as their script editor, I wouldn’t hesitate a second to recommend Clifford De Spenser.